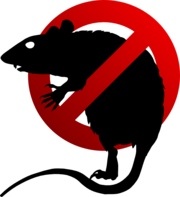 This is the third post about the Ratpoison window manager.

This one is not a productivity improvement, nor a do-more-with-less feature, but a playful way to achieve a pretty common task: SSH to my home lab.

Remember that scene in E.T. In which he says: “ET phone home” and points with his finger to the sky? Well…

When I hit C-t E this pops up in my screen: 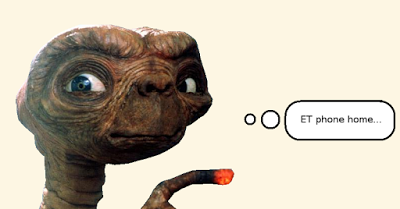 Then a new tmux window is opened with a SSH connection to my home lab.

This is achieved using the xcowsay program and its ability to use a custom image, in this case: 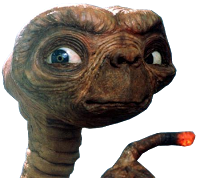 This snippet appears in my .ratpoisonrc file that you can read entirely here.

The et_phone_home.sh script does the following:

Then switch to the terminal emulator window (urxvt in my case):

Or using the script I use for this purpose:

And finally create a new tmux window with the SSH connection:

The script depends on xcowsay And you can get it from my Dotfiles.