Beautify your code with Astyle and Vim 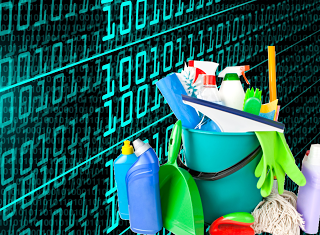 Programmers love good code: good expressivity, good organization, ease of extensibility, maintainability, and so on. But we also like the code to be pretty, it makes the work more pleasant and enjoyable, but all this is probably not just for visually appealing reasons.

Is always nice to work with a style consistent code, it even makes it easier to navigate and read, our brains can dissect it more easily and our eyes can quickly jump to the right place. A pretty code transmits the idea that the people who wrote it do actually care about the program.

But there are some mundane reasons too… For lots of us an annoying voice in our heads is constantly telling us “you’re wasting storage space, you’re and idiot!” because some trailing white space or unnecessary blank lines are laying around in the code. Sure, those few extra bytes won’t hurt your 1+TB hard drive!, but for some of us it just feels wrong.

There is a lot of stuff that you might want to keep neat in your code:

A good style consistency can also make some errors pretty obvious using the pattern recognition capabilities of your brain. But, does all that detail really matters? Or is just some mental illness programmers develop over time?

Look… The compiler won’t complain if you leave ugly white space all over the place, the control version system will still keep your code, and your tests will still pass, BUT you and other humans won’t be happy working with a messy heap of characters that nobody cares about, so yeah… It does matters!.

But if you are here, you probably are already aware of all this, so lets just jump to the useful part.

Artistic Style - Astyle is a fantastic automatic code formatter, so we are going to take advantage of the Unix philosophy here and use it as the external tool to beautify our code while in Vim, along with some other things that Astyle doesn’t handle.

As you might already know, the = Vim command allows you to fix the indentation of the code, so you probably are used to do something like gg=G to fix the entire file.

I prefer not to remap that one as it is useful for visual selection re indentation, so lets use g= to invoke a formatter function. Here it is:

This will invoke Astyle and set the --mode option depending on the current filetype, then remove the trailing spaces, remove blank lines at the end of the file, remove all the tab characters and replace them with proper space indentation, fix the indentation of the whole file and finally leave you where you started. Notice it invokes another custom function RemoveTrailingSpaces():

So far, so good, but what is Astyle actually doing with my code?

We want to control with precision how our code is getting the make up applied, so we put our preferences in the ~/.astylerc file using all the options listed in the Astyle documentation. Here is mine:

The remarkable thing here is the allman style I’m using (and recommend) but you can use the one that you prefer: k&r, java, bsd, stroustrup, whitesmith, vtk, gnu, linux, horstmann, and others.

Here you can get my .vimrc and my .astylerc files.

So you have no excuse now! Trigger that g= to keep you code neat and pretty.