Matt wrote a very interesting and totally recommended post about how to C (as of 2016). Keith Thompson wrote later a very detailed and rather useful critique with some extra notes about Matt’s post. I urge you to go ahead and read both articles.

Here I’d like to point out some things I deem important about tooling. 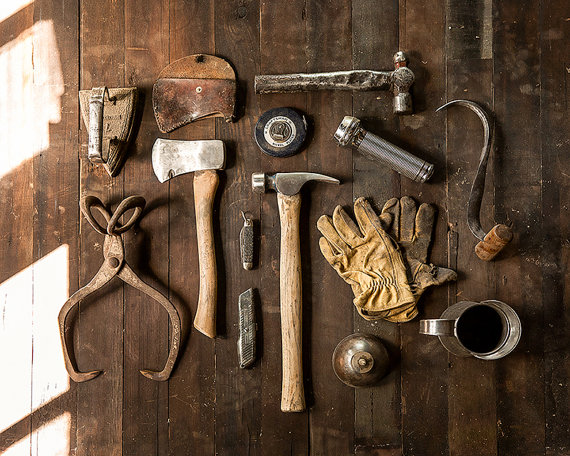 This might be obvious to most C programmers, but I’ve seen quite a lot of people, novices specially, copying and pasting compilation commands on every iteration.

In order to sanely write C code the bear minimum you need is to know and feel comfortable writing and using makefiles, so the compilation process can be described as a recipe and triggered by issuing the $ make command.

Using make alone by writing makefiles will take you pretty far, but for larger software systems you might want to automate things even further: examine the target system for both static and dynamic libraries, binaries available and configure things to adapt to the system and be as portable as possible. Autotools to the rescue.

Learning and using Autotools is not much of a trivial task, but when the complexity in your code starts to get out of hand, Autotools do outweigh the effort of getting a grasp on it.

If your code needs not only be portable on Posix systems, but also get compiled on Windows machines, CMake is what you need.

The standard C library is your friend

You can’t get any better at writing C code if you’re not familiar enough with the Standard C library (libc). I’ve seen developers trying to re-invent error reporting for instance, so make sure to be familiar with libc’s error reporting mechanisms, as well as everything else it has to offer, you’ll be pleasantly surprised.

A linter, is a program that will statically check the source code (not the binaries) to find any known non-portable constructs, vulnerabilities from common programming mistakes, bad practices and any other general coding mistakes that can cause your program leak memory, step on segmentation faults and the like.

Splint is one such linter. It will tell you a lot about what your code might be doing wrong.

You can use it very easily by specifying the source files like:

Most of splint’s output will be suggestions rather than critical warnings, but following its recommendations with poise will make your code more robust.

You can tune the level of paranoia with these arguments: -weak, -standard, -cheks and -strict. 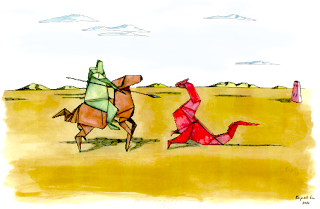 Valgrind is a profiling program with more than a few neat tricks up its sleeve. In contrast to splint, it will use your executable program to help you find memory leaks, make it faster and correct.

When compiling your program use the -g compiler flag to include extra debugging information in the executable.

Then you can run you program with Valgrind like this:

That will use the Memcheck tool, one of multiple Valgrind’s tools.

Yeah sure, you can fill up you code with printf calls for debugging and pretty much get away with it, but you’re missing out on the power a proper debugger brings to the table. Some debugging sessions will be far easier with GDB than a bunch of printf lines all around.

Use a control version system

You might think you can get away with keeping multiple directories for each version of your program if it’s small enough, but that mindset will eventually bite you. A control version system will give you some superpowers for collaboration, version restoring, multi-branching, proper history tracking, back up and so much more.

You could use CVS or SVN (Subversion), but should prefer more modern systems like Mercurial, Darcs or Git.

Furthermore, even if you’re working alone in a project and won’t collaborate with more developers, using a repository hosting service like Bitbucket, GitHub, or GitLab is a great way to always have a backup of your code. And in the future, if more people join to your project, collaboration will be frictionless.

Documentation is like sex: when it is good, it is very good; and when it is bad, it is better than nothing –Dick Brandon

Nobody likes to write and maintain documentation, so keep it as automated as possible.

Remember to use your abilities writing Make recipes to automate the documentation process as well!

If you really want a WYSIWYG tool, LibreOffice has a CLI interface that allows you to generate PDF files, so you can add in your Make recipe something like:

You can even automatize some graphics generation using DOT.

In a nutshell, unit testing is about writing pieces of code that will exercise the functions of your software and compare the results to what it is expected to produce. Think of it as writing a program tu use your program and automatically check if it does what it’s supposed to do.

You can take this approach further by practicing Test Driven Development (TDD).

Although you could write test functions by hand, there are some great testing frameworks that will make things smoother. I like Check in particular, running $ make check will test your software.

Writing tests with Check is pretty simple, take a look:

This test will use your add function, declared in src/foo.h, and assert that the result of adding 2 and 2 equals 4, so next time changes are made in the add function that make it misbehave, you’ll catch the bug when running the tests. Granted this example is over simplistic, but you get the idea. Check every possible edge case. The more robust the tests are, the more robust your program will be. 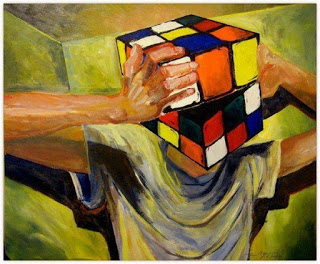 Learning how to think functionally will improve your C code despite C being an imperative language, you’ll stop using mutable global state and all the kind of stuff that prevents your software from being multi thread safe, and correct in general.

If you work on embedded software, you’re probably writing in C. Considering that even relatively cheap embedded hardware today has more than one core, parallelism is pretty important and a functional programming mind set will help you to get it right.

There are many multi-paradigm languages out there, like Python and Ruby for instance, but my personal recommendation is: Learn a purely functional programming language, in particular, blow your mind with Haskell.

The more you can avoid programming in C the more productive you will be.

And he’s got a point. However, I don’t believe C is a language you should need to avoid, instead, do write in C when you can take advantage of its power and can afford the additional effort it takes to handle that power.

Depending on what you’re working on, other languages would probably fit better and give you higher level abstraction with just a small perforce hit. In most cases, when you think you need C you can probably write it in Rust or Go (I recommend the former) and get the work done with great performance and low level management only when needed.