Hakyll is an amazing static site generator written in Haskell, it allows for blog posts to be written in markdown and then compiled with pandoc. It’s very well suited to be used with GitHub pages. It’s everything I wanted and more.

Silly Bytes went through its first 5 years of existence hosted on Google’s Blogger service, and it did well. Although Blogger offers a fair amount of flexibility, you can’t have total control over it, and having to write posts with the built-in WYSIWYG interface or pasting the HTML output is the biggest pain point of it. I solved most of that by writing a CLI tool that allows me to write posts offline in markdown, compile them, and deploy them from the terminal leveraging Blogger’s API. But that’s still too much of a flex.

In this post I’ll describe the process of porting an existing Blogger blog to Hakyll and GitHub pages using Silly Bytes itself as a case study.

So here is what I want instead:

We’ll strive to keep the old blog completely functional till the last moment when we finally change where the domain name points to.

The GitHub pages naming convections state that, in order to create a dedicated repo for a personal or organizational page, we must have a repository named user.github.io or organization.github.io respectively, this way GitHub will read and serve any index file in the repository root; This supposes a problem though, We want to keep our generated site inside a directory to keep compiled files separated from the sources.

There are a couple of solutions for this, but they all use some Git branches trickery, juggling with a CI service, or both; It feels way to hacky to me, not saying that my solution is better, but it just fits better with the work flow I’m looking for.

GitHub pages offers project specific pages as well, those are served from a dedicated docs directory on it, so this is what we’re going to use instead.

For the content of that repository, this will create the initial Hakyll scaffolding:

By default, Hakyll outputs the generated site in a _site directory, but GitHub pages will read the site from a docs directory, so let’s fix that by editing the site.hs file.

The main function in site.hs uses the hakyll function with the default configuration, so we need to swap that with a custom one:

Here I’ve pretty much left the default configuration intact and only changed the destinationDirectory field to be docs.

Now recompile and regenerate the site:

And the generated site will now be on docs.

The deployment process consists of regenerating the site:

Committing the changes on docs:

No need for esoteric spells here.

It is imperative to preserve the links to previous posts that were originally published on Blogger, so they keep pointing to the right post.

Every post is on the corresponding year and month of publication name space like year/month/post.html. So we must preserve this structure at least for the legacy posts.

In order to achieve this keep a legacy directory inside posts, that will in turn contain a directory tree for every year and month when posts exist.

Then we need an additional rule in site.hs

This will ensure that the year/month/post.html directory structure is preserved on the resulting generated site.

From here, a pretty much manual porting process is required. Most of the legacy posts were originally published right in the Blogger interface, so some rewrite to markdow is needed.

The porting process is as follows:

Any newer posts that are created after the porting can live in the posts directory, there is no need to keep the year/month/post.html scheme any more.

The only thing left is the actual migration by pointing the domain name to the new site.

I really wanted a proper CNAME record though, so I had to change the setup a bit: 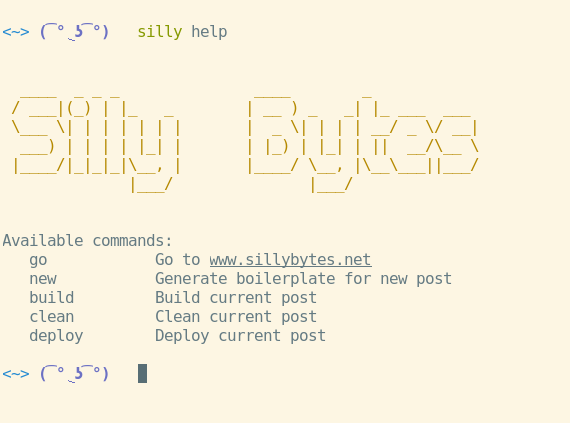 The CLI tool I was using before for Blogger deployment is no longer useful, but I can still adapt it to the new deployment schema: 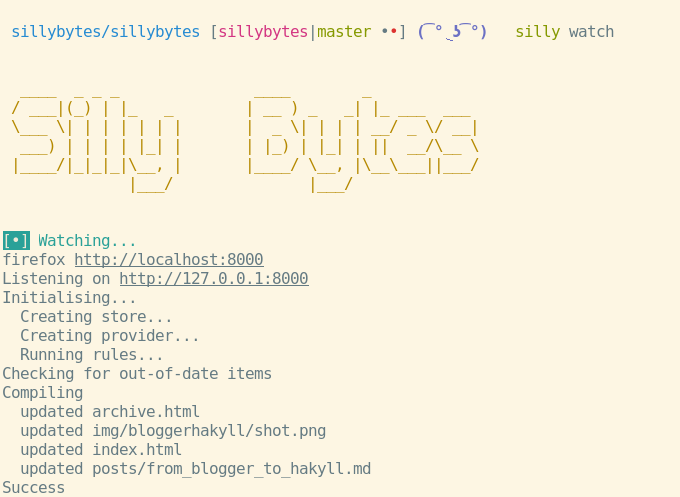 That’s some comfy blogging right there.